The ever-wise UrbanDictionary defines fangirl as such:

A rabid breed of human female who is obesessed with either a fictional character or an actor. Similar to the breed of fanboy.

I don’t consider myself a fangirl too often. There was that one time with Jason Segel, but he and I both agreed not to dwell on that too much. However, when the opportunity presents itself to geek out over incredible beer with one of the humans that defines the craft beer industry (he, quite literally, wrote the book on the stuff. And then wrote the other book on beer [and food, COME ON!]), I can’t help myself.

I go a little gaga.

Well, guess what I did on Monday? 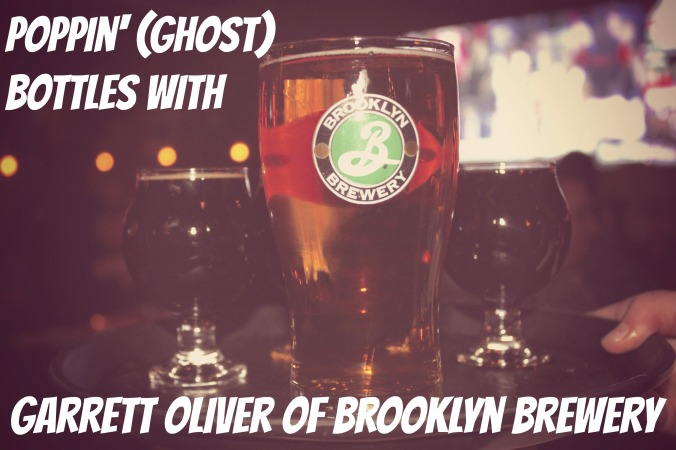 You’re damn right I did.

You might remember me obsessively following Brooklyn Brewery’s events during their annual Philly Mash this summer. But Monday was something especially special.

The entire evening at City Tap House Logan featured a full-fledged Brooklyn Brewery tap attack. They had slews of those rare Ghost Bottles RIPE for the drinking. Proceeds from the sales of these bottles went to Philabundance. (This made me feel especially charitable when, between the roomie and myself, we sipped every single one.) 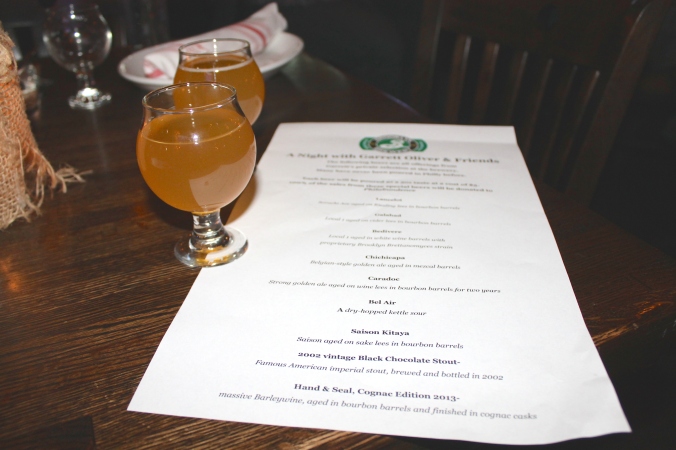 I’d love to describe the beers to you, but I’m not cruel. See, chances are, unless you’re stalking all of Brooklyn’s events or a close personal buddy with one of the brewers, you may never see these bottles in your life.

I will say: they were fantastic, complex, and I can’t believe my tongue was #soblessed to taste them.

Then there was a panel of beer bros discussing the industry:

Sorry for this shot, Curt. But doesn’t Garrett look SO CUTE?!

They talked shop. Highlights of this included:

There was a Q&A session during which I, giddily, asked Garrett Oliver what he would pair with the Philly classic, the Roast Pork Sandwich.

His answer was their Galahad (Local 1 aged on cider lees in bourbon barrels). I was drinking that beer at this exact moment. FATE! So we took a photo together.

I’m not saying that my heart was racing the entire night…. but I will say, it was tough to go to sleep following all the excitement.

Garrett, you beautiful brewer, you eloquent author, you magical man…. thanks for coming out. I’ll see you in Brooklyn soon, I hope. You bring the ghost bottles, I’ll bring the unending buckets of enthusiasm.