This trip to Chicago focused on a few key points:

That was really it. We didn’t visit the Bean. I didn’t demand a walk along the shore of Lake Michigan, and I didn’t want to see any improv comedy troupes. I wanted to eat and drink my way through the city.  And, luckily, my friends came through. Big time.

For half my trip, I stayed with my buddy that I’ve known approximately forever: Caitlin. The most seasoned of my Chi-town buddies, she’s been living in the Windy City for over a year now, and hadn’t visited Goose Island’s Clybourn Brewpub yet. That obviously had to be remedied. 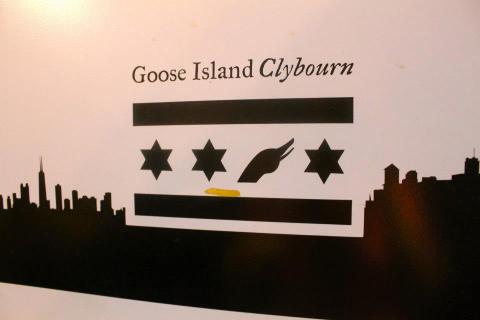 On Saturday, Caitlin, her husband, and I bundled up and head over for a “tour” and a guided tasting. I toss the “tour” in quotations because, much like the Brooklyn Brewery “tour”, it was mostly an opportunity to stand inside of a room in which pieces of the brewing process go down but, since it’s a small area, there’s not an actual tour, more of a lecture from someone knowledgeable. In our case, it was Brad Dessy, former member of the DePaul Men’s a Cappella and generally handsome bearded brew dude.

Glowing with pride (and also probably because I’m still not that great at using my camera.)

After a mini crash course in how beer’s made (because, as he admitted, people who don’t brew don’t care, and those who do brew already know how it’s made), Brad touched on what made this Chicago Island beer so great. 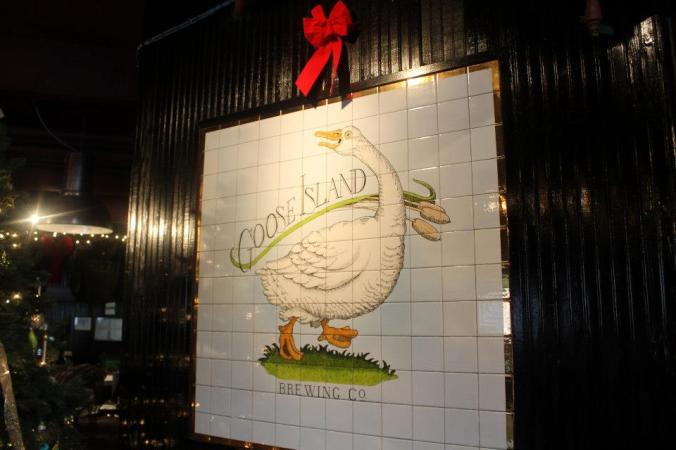 I’d already enjoyed a Star Cluster IPA before/during the “tour”, and noticed the brew pub was still dolled up for the holidays as we walked up to the tasting.  No surprise, we went from Light to Dark in our beers.

(In case you’re wondering, that’s a Hop Zilla original shirt, made by my buddy Robin for me for this year’s GABF. Be jealous.)

The beers we tried included:

The “guided tasting” got a little wacky by the end, as I noticed that many people stopped paying attention (maybe they were already drunk? I saw a few ladies throwing back Bloody Marys and mimosas pre-“tour”). Also, it was clear that the room was a little big for Brad to handle all at once, but his efforts were admirable.

Perhaps he should’ve sang to us?

ANYWHO, for $10, we enjoyed a little new knowledge about Goose Island, 6 beer tastings, and a lovely pint glass to take home.

And who doesn’t enjoy a little afternoon buzz? 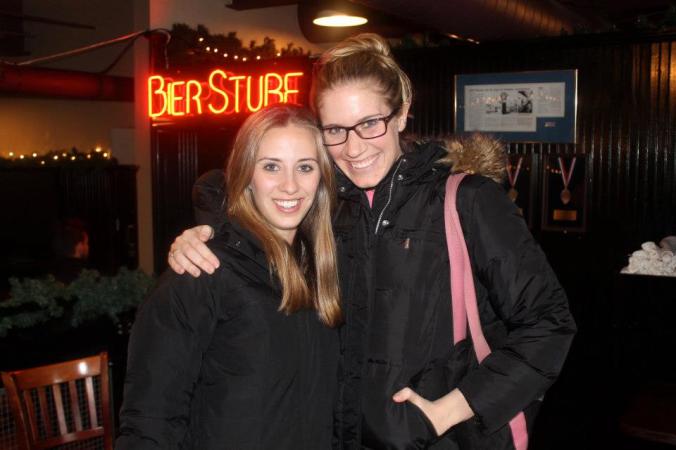 Not us. We love that style of buzz.

We bundled back up to venture out into the cold once again. And, even though it’s been about four days since this tour…. I still think my bones are thawing.

What crazy ingredient would you put into your Farmer’s Market series beer??

Has anyone brewed with broccoli?