Back in October, I scuttled over to Drexel’s Center for Hospitality and Sports Management to get school’d by restaurant professionals from throughout Philly. We learned from distillers and burger slingers alike, but I was most interested in a new-to-town restaurant opening down the street from where I worked. Herban Quality Eats, opening TODAY at 3601 Market Street, is a welcome newbie to the neighborhood of University City which hosts students and employees of Penn and Drexel, employees and patients from the Hospital of the University of Pennsylvania, and CHOP (The Children’s Hospital of Philadelphia) alike.

And, while we do have Subway, Wawa, and food trucks nearby, sometimes you want something fast, something healthy, and something delicious. OR something to fuel a good workout.

Enter: The Bros from Herban. 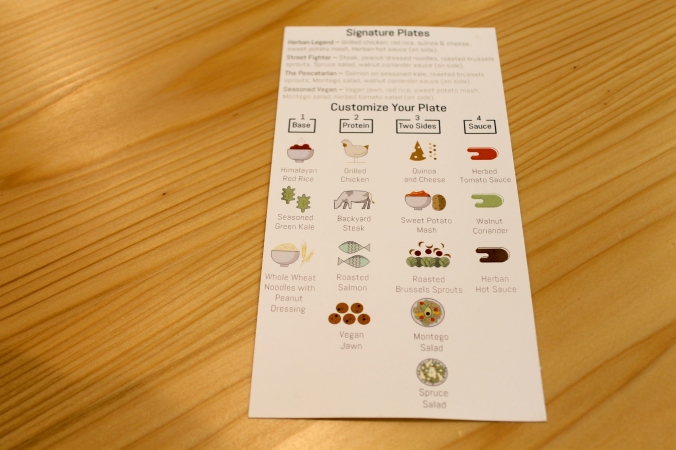 Monday, December 14th, 2015 some lucky locals (myself included) were invited to try out the goods at their exclusive preview lunch, a day before the grand opening. The mood was excited, the smells intoxicating, and the employees rocking like a well-oiled machine. 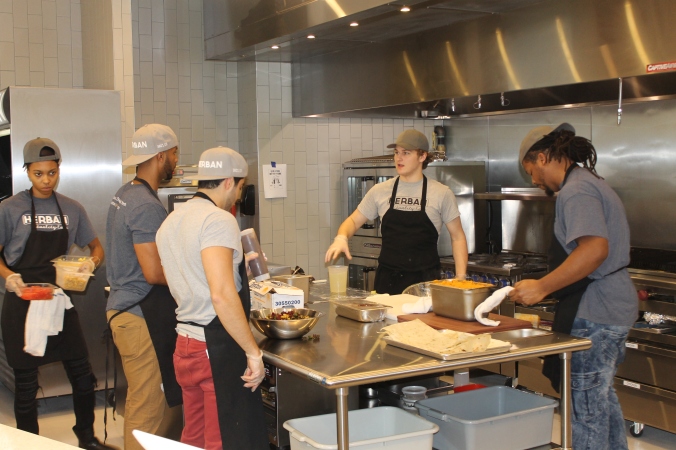 Check out Amir Fardshisheh, one of the founders, prepping the squad!

We waited patiently, salivating as the goods started rolling out. The open kitchen allowed guests to watch the process, and I’ll admit, I eat with my eyes. It was no surprise, then that my tummy began growling watching the lean steak flavored with a house spice rub being sliced on the table. 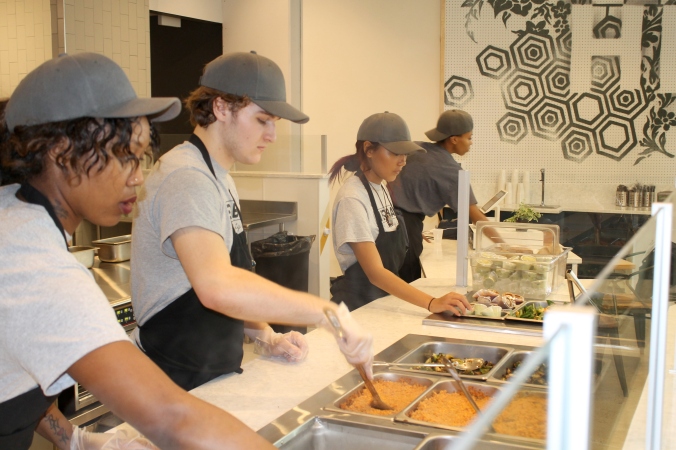 That quinoa and cheese is looking pretty fly

In an area where the only “healthy eats” are salads and…. mostly salads, it was awesome to see a hearty and healthy plate loaded with delicious ingredients that didn’t feel like bunny fodder. 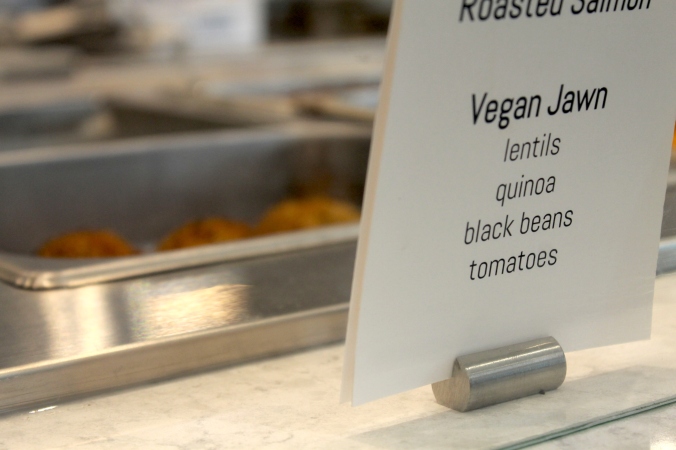 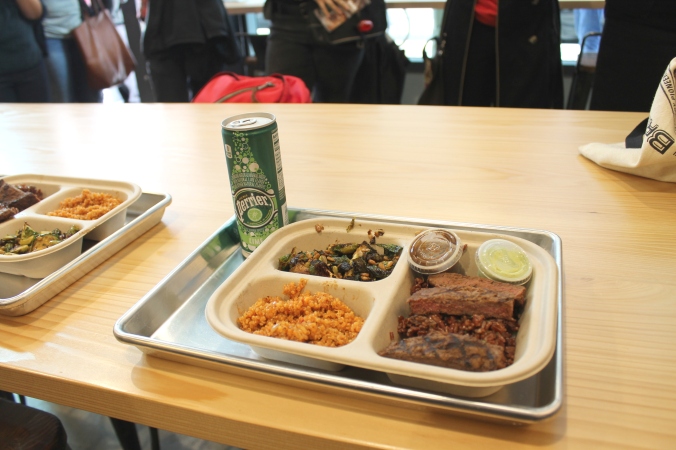 My platter (plus Perrier)

I went for the Himalayan red rice as a base, the backyard steak, and sides of Brussels sprouts (roasted in coconut oil and tossed with dried cranberries and onions) and the quinoa and cheese (a high protein/fiber substitute for the often indulgent mac and cheese). 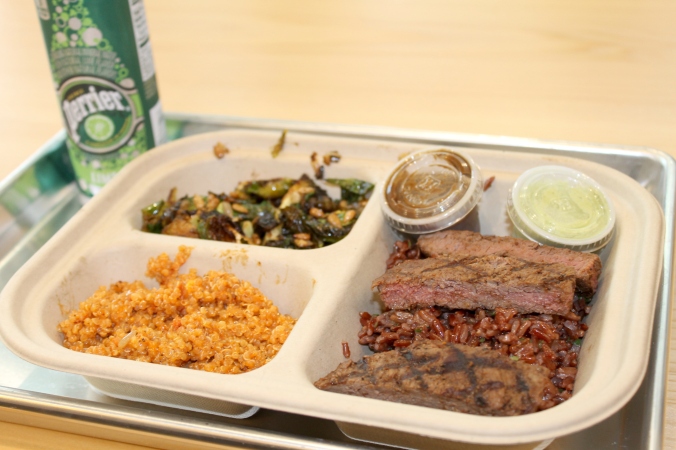 GOSH this was good. The steak was fantastic, still pink inside and super juicy. I loved the base of the red rice, full of antioxidants and fiber. Their hot sauce wasn’t quite to my tastes, but I’d put the walnut coriander (the green) sauce on EVERYTHING. Happily. I tried bites of the plantain chips and guac (nice deal for $3.70 when you need a quick snack) and the salmon, which was tasty, but the portion was a bit on the small side.

Taste-wise, this place is off the charts. And I think I could probably see myself grabbing lunch from here once every week or two. I’ll also admit that, truth be told, the prices are a pinch steep for what I typically budget for lunch. Luckily, they’re located in the heart of an area full of doctors, MBA students, and college kids LOADED with disposable income. I’m certain the gang from Herban is going to do very well for themselves. 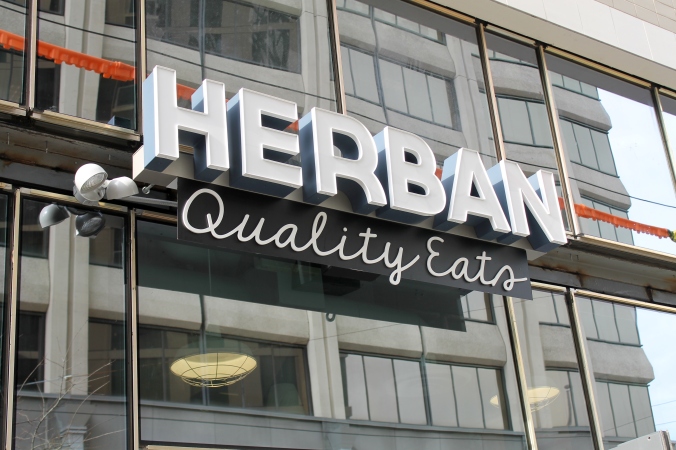 Welcome to the neighborhood, Herban. I still may not know exactly how to pronounce your name, but I’m so happy you’re here.