Ok, I have a treat for you all. A delicious, sweet, creamy treat. And the best part?

I went to my buddy Katie’s Labor Day BBQ on Monday with my dearest pal, Veronika, and we toted along a delicious Buffalo Chicken Dip that was only the tip of a delicious iceberg that was the “spread”.

Buffalo Chicken Dip in the front, actual buffalo chicken wings on the left

But that really wasn’t the treat I meant (though these were all treats).

Sweating in my hand is 22 oz of tastiness in the form of a bottle of Southern Tier Brewing‘s Crème Brûlée Imperial Milk Stout.

Described by the brewer:

We are not the harbingers of truth as some may suggest but it may indeed be argued that our brewing philosophy is tantamount to a dessert with a bellicose past. How, you may ask, would a brewery determine a likeness to hard-coated custard? Our response is simple; it’s all in the power of history, and of course, the extra finesse needed to top off a contentious treat with definition.

By comprehending the labyrinthine movement of time, one would not think it strange to trace the errant path of an ordinary object such as a cream dessert only to discover that it has been the cause of cultural disputes since the middle ages. The British founders of burnt cream and from Spain, crema catalana, both stand by their creative originality and we respect that, but it was the French Crème Brûlée, amid the strife of contention, that survived to represent our deliciously creamy brew.

Here’s my description: This is a beer for every dessert lover out there. It’s a beer that I genuinely believe could even win the hearts of devout “non-beer drinkers” and beer drinkers alike. It’s sweet, it’s creamy, and, when served cold, it’s better than any popsicle I’ve had (except maybe Locopops… maybe). And by God, if it doesn’t taste like Crème Brûlée!!

The smell resembled a rich vanilla, the taste kept that vanilla party going with a few hints of coffee or cocoa (I’m looking forward to trying their Mokah Imperial Stout soon, bottle of that waiting in the fridge). The mouthfeel was so creamy that we decided to do a little experiment, for the sake of science. 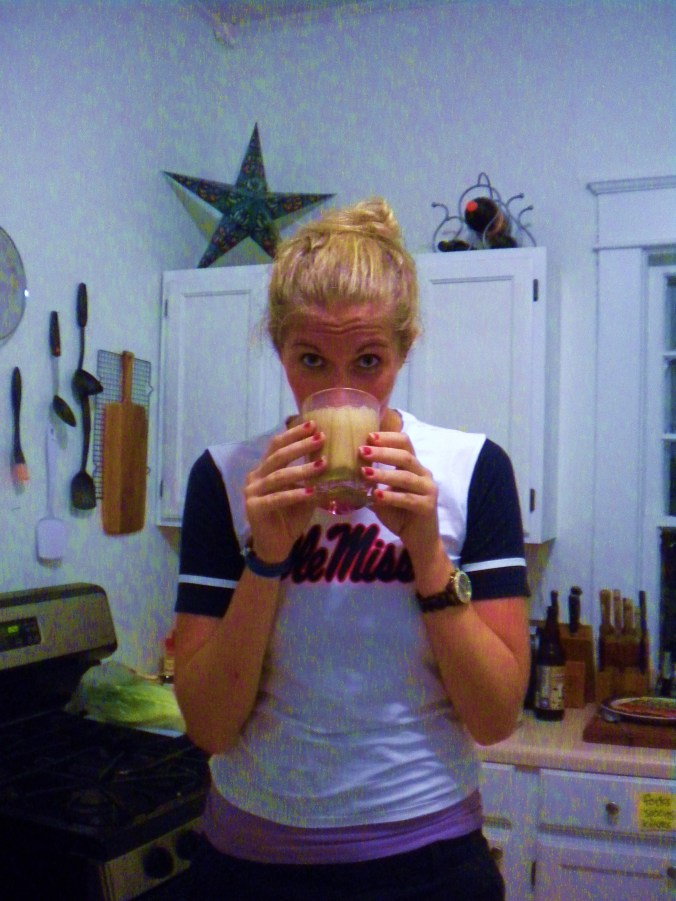 One scoop of vanilla ice cream + a liberal pouring of Crème Brûlée Imperial Milk Stout + blender = best boozy milkshake I’ve ever had in my entire life.

Here’s the thing about this beer: I don’t think I could’ve had more than the one, at least not in one night. It’s a special treat, but I enjoyed every last drop. If you’re curious to try a beer that doesn’t really taste like a beer…. try this beer. If you already taste many beers on a regular basis, still try this beer. It’s a beer that isn’t like any other one I’ve tried. And I’d totally recommend it.

It pairs nicely with ribs AND with Paul's crazy face!

Now, all I need to do is get a hold of their infamous Pumking!!

Have you ever tried a dessert beer? How about a beer milkshake?  Or any other kind of creamy boozy drink?

I used to be a big fan of the occasional White Russian. Smooth and tasty. But cream and booze…. you can only take it so far before someone gets very ill (I assume, that’s one experience I’ve never had, thank goodness!)