All the time, I keep a camera with me. It’s a little point a shoot, Nikon Coolpix S203.

Because I am painfully aware that I have this camera with me at all times, I find myself taking pictures a lot. Pictures of things I want to remember, pictures of things to remind myself of other things, funny pictures, stupid pictures. Then, I pull them onto my computer, and, unless I do something with them right away (blog, tweet, upload to Facebook), chances are, I’ll forget that I even took them.

This week’s Six Pack Sunday is dedicated to those pictures. The forgotten, the leftovers, the little snapshots that never surfaced on the world wide web.  Come along for the ride, why don’t you?

At UNC I had the unique opportunity to be a female in a co-ed literary and arts fraternity. And, every now and then, I’d visit my brothers at Ole Miss.  Ole Miss being Ole Miss, their chapter was all male.

Ever wonder what it’s like to be in a fraternity?

This pretty much sums it up.

I know, I know, it’s not #craftbeer. I’m not mad.  And man, does it pair nicely with spicy crawfish, loud music, and springtime in Oxford, MS.

There’s a lot of wacky things at the Jersey shore.

This Dora the Explorer hermit crab is just one of them.

Woody’s at City Market had a Dogfish Head Tap Takeover this summer. And I rushed from my beach volleyball game in Cary to make it, still wearing my sandy shorts and tank top, sweating my face off.

It was completely and totally worth it, if only for a chance to try the Sah’Tea Randalized with Black Indian Chai and lemon zest.  To date, one of the most delicious beers I’ve ever put in my mouth.

If I lived anywhere closer to Raleigh, I get the feeling that the folks at Woody’s and I would get very very close.

Does anyone remember back when “Icing” was a thing? Icing is a drinking game for bros (and chick-bros), where the point is to make other bros drink Smirnoff Ice “against their will, at ridiculously inopportune times.”

Last year, we iced my brother on the beach.

And then, my aunt Iced him on Christmas. 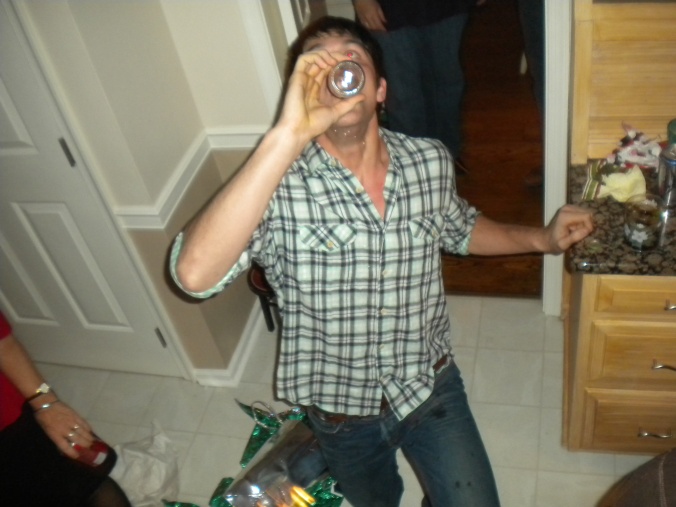 99% of the time, I’m very very glad this is not a trend anymore.

1% of the time, when I’m writing Six Pack Sundays, I miss it so much.

I took the following picture the first weekend of January 2011. 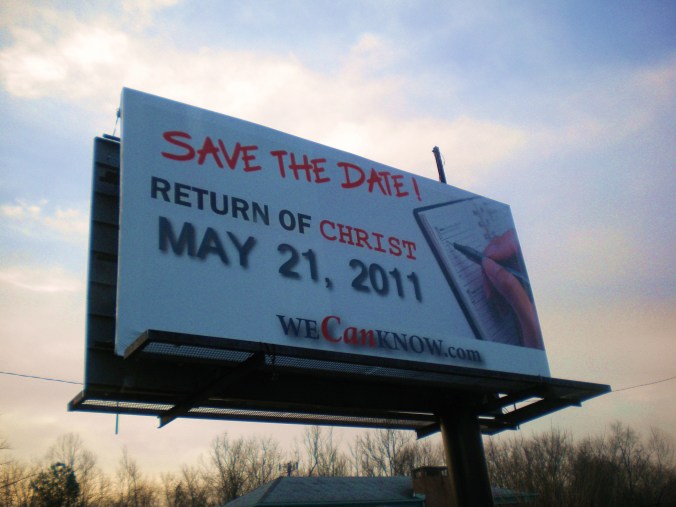 Well, I’m not absolutely certain what I was doing on May 21, 2011. But I’ll tell you what I wasn’t doing.  I wasn’t hanging out with the big JC, despite wearing my most appropriate Return of Christ outfit.

Oh, and lots and lots of edible bug treats.  Local chefs and restaurants will whip up versions of their food featuring one key ingredient: BUGS!  There was lots to try last year. 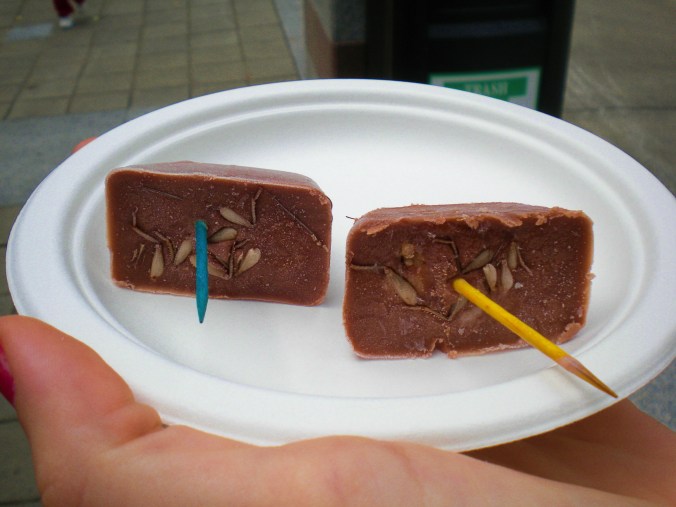 The chocolate cricket Locopops were by far my favorite.

Ever eaten a bug?

Ever iced a bro?

Ever relaxed on a pile of beers taller than you are?