After bragging about how much sick time I have because I never get ill, I guess fate (and, more likely, my immune system) decided my particular brand of cockiness will not be tolerated.  This morning, when I woke up, my throat was sore beyond words, the aches in my bones were starting to spread, and my body couldn’t decide whether it was hot or cold.  Luckily, I was sweating enough in my sleep that I didn’t have to shower this morning! (gross? gross.) 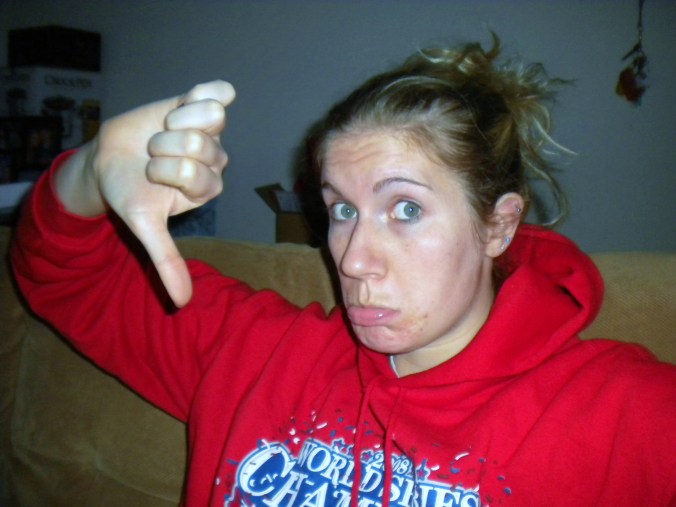 I knew the moment my eyes opened at 6:50 a.m. that it was not a day to go to work.  Unfortunately, I needed to handle some business, so I threw on some less-than-work-appropriate clothes (sweatpants casual Mondays aren’t a thing?) and head into the office. I wouldn’t normally do this, but I’m one of the blessed folks who lives a mere minute and a half commute from the office, so it made sense at the time.  An hour and a half later, I realized that if I didn’t leave the office, I was going to be coughing and aching all day. Minutes later, I was in Harris Teeter, rounding up supplies. 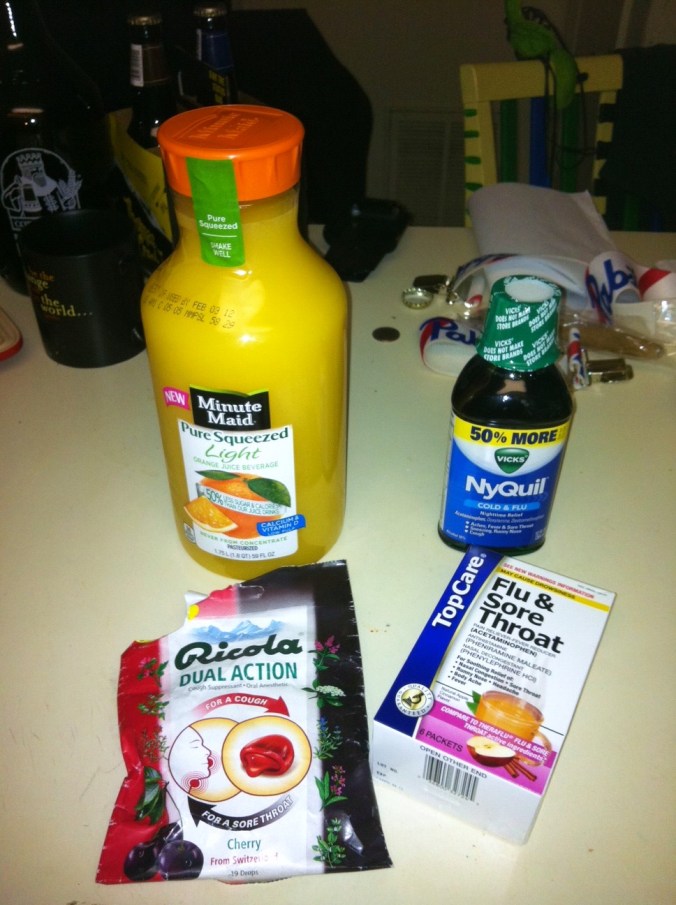 A cornucopia of cold and flu remedies!

OJ, NyQuil Cold and Flu, and the off-brand version of Theraflu are my go-to guys when it comes to sickness, aches, and pains. The Ricola was a last minute addition to the team, thanks to the folks at Ricola who heard my tweet of desperation the last time I felt a little off, and they sent me a bag of their new Dual Action cough and sore throat drops (in fact, if you tweet at them, you may be sent a bag for your personal consumption!) And, since a girl can’t sustain on medicine alone, I made sure a well-rounded breakfast was part of my morning. (Well-rounded in that my bread was round.) 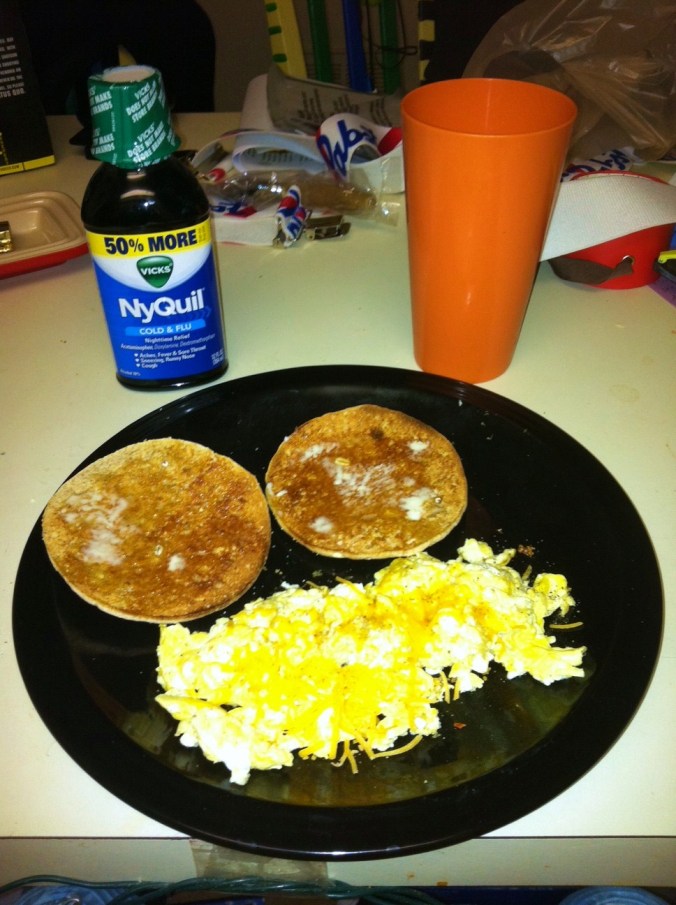 Real butter on bread toasted from my REAL TOASTER!

Two scrambled eggs sprinkled with cheddar, a toasted sandwich thin covered in butter, a glass of orange juice and a NyQuil chaser.

Speaking of that NyQuil chaser, I think it’s trying to chase me to my bed….

Who am I to say no to NyQuil?

10 thoughts on “The Perfect Storm of Sickness”