Ugh. The beginning of the week was definitely an uphill battle.  Early Monday morning flight leaving my loved ones, and Tuesday was just Dreadful with a capital D.  The other capital D?

Last year I had some pretty rough dental issues (which included a hilarious trip to get my wisdom teeth removed) and I’ve been procrastinating the last of my dental work for ALMOST a year.  Well this year, I went in prepared.

I had my iPod ready for action, and my brain convinced that the blinding light above me was the sun, on a warm Ocean City beach.

It didn’t matter that much, my hands were shaking, and I was a little panicky by the time my second cavity was being filled (I get it, I HAVE bad teeth.)

2 hours later, I had a sore mouth, but one with severely less tooth decay.  And that’s important.

But let’s get into the real point of this post.  Tonight is an epic night: One night only Crawfish EXTRAVAGANZA at Rockfish! And that is delicious, and reminds me of other important Crawfish experiences of my life.  For a Yankee girl from Pennsylvania, I’ve had a few….

Two stand out in particular, mostly due to how incredibly different they were, and how different I was during each. 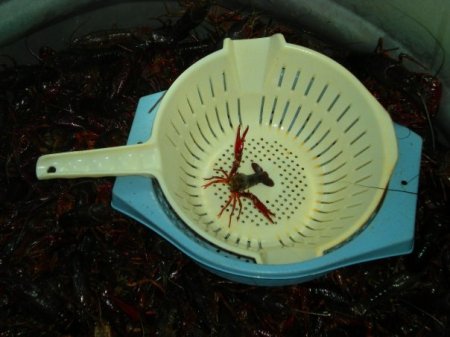 The first took place the summer immediately after I graduated from UNC in 2009.  Bowling Green, Kentucky, with Ryan’s dad and his dad’s buddy. It was epic, it was in a neighborhood, and…  I was on crutches.

Did I mention I was about 40 lbs heavier than I am today?

Basically, they parked me at a folding chair (near the keg) as Ryan brought me plates of crawfish.  It may sound pleasant but, other than the tastiness of the little critters, it was kind of lonely. 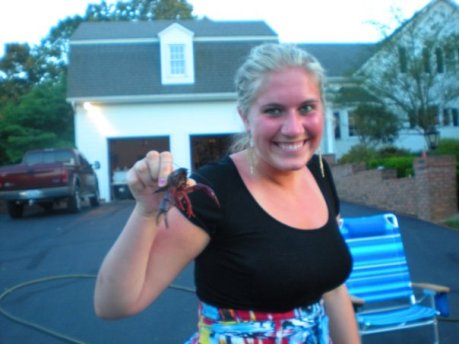 I ended up getting a little drunker than I would’ve liked (for some reason, everyone likes to bring the girl with the crutches beer…) and mostly felt like a bum.  Yes, part of it was the whole “broken foot” thing. But even if it hadn’t been broken, I was overweight, I was lazy, and mostly just sat around.  I didn’t really try to get around, I just felt sorry for myself.

Two years later, I was a totally different person. Crawfish boils are social events, and I actually treated this one (a fraternity event for my beau’s chapter) as it should be treated.  I ate and drank, but that’s not ALL I did.  I met new people, I ran around, I enjoyed the music, I danced.

I can’t help but feel a special connection to crawfish boils.  They combine some of my favorite things in this world:

And the first time I went to one, I missed out on all of that (except the food and beer.)

Now I know that, as with all my favorite food events (Brazilian steakhouses, barbecues, DIY taco nights, Fondue, hibachi) it’s very easy to overeat if all you focus on is the food. But if you appreciate the WHOLE experience, there’s so much more to it. 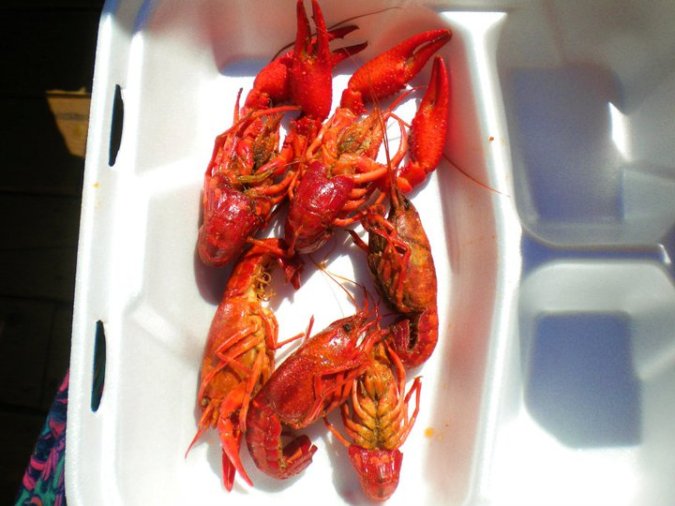