When I decided on an impromptu journey to NYC for the weekend on Friday morning, I never thought I’d be waking up Sunday and Monday mornings to this ugly mug:

Hello, you fool. DON’T LOVE YOU!

But, other than a furry alarm clock that woke me up a few hours too early each morning with a scratchy tongue and a desperate Meeyooooowwwwww, this was just the most pleasant little surprise trip to visit my buddy Claire.

Goals of the weekend?

Scenes from the Megabus Experience

After my first actual floor shift at Athleta (my new employer, in case you missed this post), I hauled booty over to Philly’s infamous 30th Street Station to hunt down the Megabus stop. After walking around like a sleepwalker for a bit, unsure of what I was doing, I spotted a Bolt Bus and figured it couldn’t be too far…  And, after chasing a bus turned fruitful, and the Megabus was about 20 minutes late, I hopped on and secured a window seat.

If you follow me on Twitter, you might also know that I secured my own row on the bus.  This was achieved by looking generally surly and standoffish and pulling my hood up over my eyes. I’m pretty sure no one on that bus wanted to be my friend.  That’s fine, I didn’t wanna be their buddy either and about 2.5 hours later, I pulled up to the stop in Chelsea to meet Claire!

After a long week for both of us (first full week of school, first few shifts of work for me; she’s apartment hunting and working full-time), any pipe dreams of GOING OUT!! TO THE DISCO!! MAKING MOVES FOR A NYC PARTY WEEKEND!! were kicked to the side as we both looked at each other, then down at the container of pimiento cheese in my hand. Cheese party for two? Bring it on.

The next morning, we slept in, but the sun did not, and it was a PERFECT day to head to Brooklyn for one of my favorite parts of the city, Smorgasburg! I was introduced to Smorgasburg last November, and basically dream about it every weekend. And, after reading all about the Vendy Awards this weekend, I was itching for some goodies. Sunday Smorgasburg delivered.

Lunch was a Coconut Chicken Curry bun from Bite Size Kitchen and a Baja Asada (grilled fish!) taco from Choncho’s. I FINALLY tried a direct squirt of Sriracha, and I’m chomping at the bit to get to the store and get a bottle (or four) of my own. 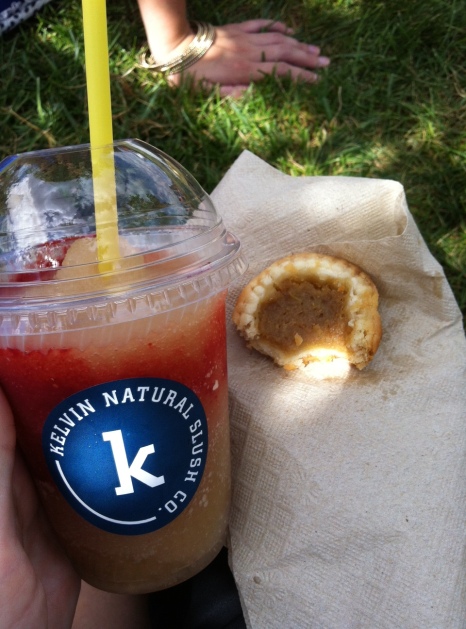 And dessert, of course.

Dessert was sweet and refreshing. Miniature maple butter tart from Cutie Pies NYC and, my favorite new treat, Kelvin Natural Slush!! Arnold Palmer flavored with a bit of Raspberry added in, and ideal on a sunny afternoon laying out on the grass.

Since we were (sort of) in the neighborhood, we headed over to Brooklyn Brewery for a little Sunday Funday.

This might be my favorite brewery scene I’ve ever been to (this was my second visit) and we enjoyed tasty beers and fantastic company. 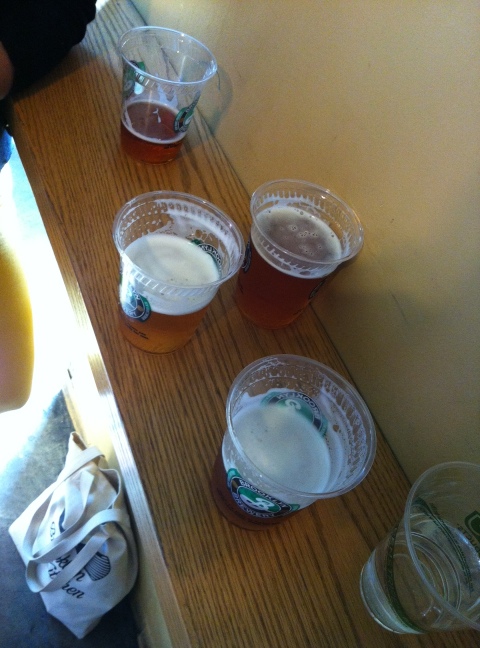 After galavanting about Brooklyn a little longer, the sun had sucked out the last of our energy. The night was spent eating more (what else?) CHEESE! 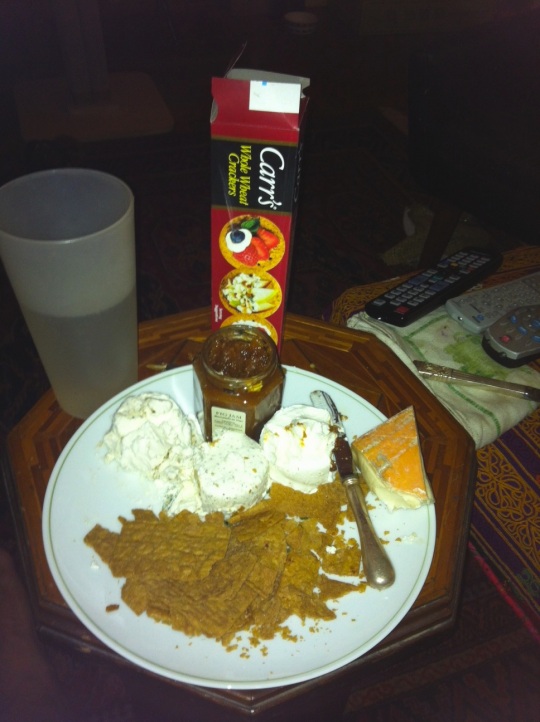 I secured another entire row for myself this morning on my bright and early Megabus back and I’m basically FLOORED by the ease of getting to/from NYC. I’ve had more trouble getting to South Philly….

Megabus goes from Philly to Boston, Baltimore, State College, DC, and Toronto. I wonder where I’ll go next.

How about your favorite food to eat in NYC? Mine is everything

7 thoughts on “Megabus or BUST!”