Has anyone else noticed how trendy sour beers are lately? Well, maybe not “lately” but as a relative noob to the craft beer community, I had my hop-head phase, and am now full on riding the sour-beer train. Luckily, despite the trend being a few years old, I’m not too late to get in on the action. Some establishments are more than happy to continue the trend and perfect it to the best of their ability. And I am more than happy to consume their attempts in the meantime.

We showed up at Rackhouse Pub armed with an unquenchable thirst ( Ok, maybe a sip of a Coors Light on the plane, but only because I had a drink ticket that was about to expire and I knew I wouldn’t enjoy any of Colorado’s not-so-crafty brewery any other time over the weekend) ready to learn. And man, were they ready to teach. 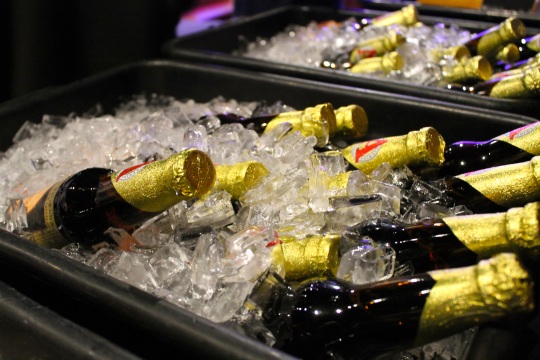 The gold on Avery bottles reminds you of The Golden Ticket…. No? Just me?

Chad Yakobson of Crooked Stave Artisan Beer Project, Andy Parker of Avery Brewing Company and Troy Casey of AC Golden hosted a guided talk and tasting of a selection of delicious sours to pucker the lips and pique the interest of all drinkers. 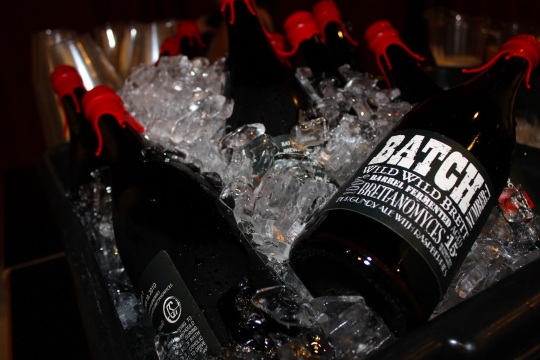 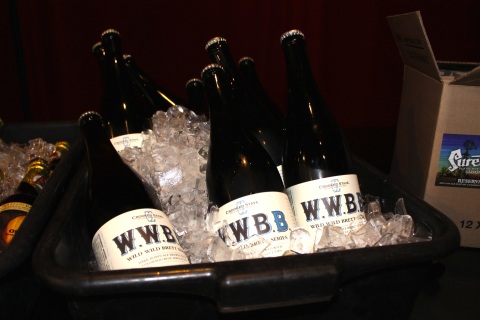 And, the thing is, sometimes when dreamy men talk about beer with authority, I listen… but maybe I don’t always hear. It’s easy to be distracted by their blonde hair and knowledge of wild yeast strains.

The following is a picture I took of him which doesn’t do him an ounce of justice. 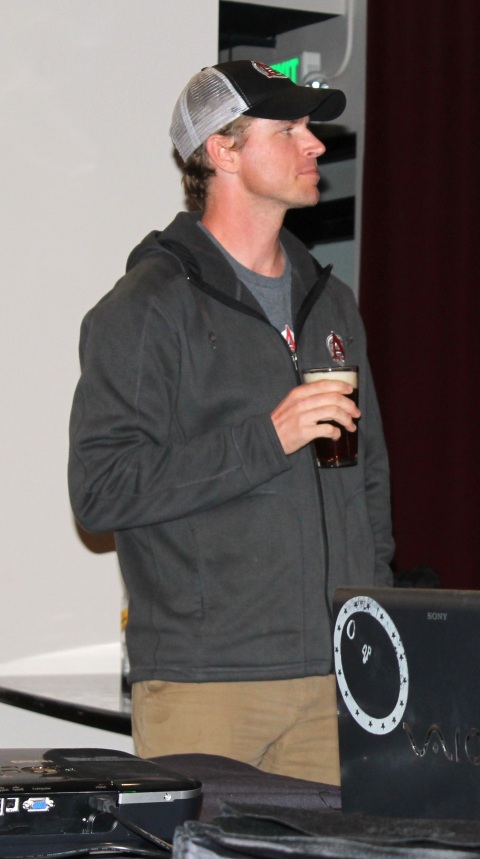 Be still, my heart.

I know I chuckled before at Greg Koch’s fan boys, but seriously, I don’t think I would’ve been able to speak if Andy had said a word to me. Luckily, I had my notes to distract me. 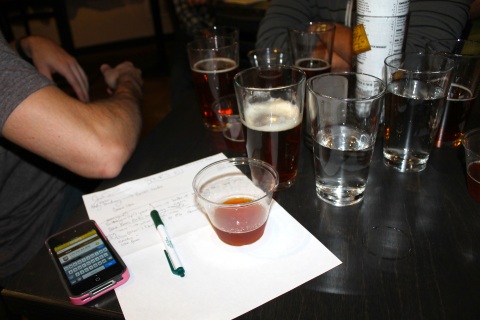 Things that I learned:

The class definitely focused a lot on HOW to make the sour beers and, though lots of the questions were over my head as a) I’m not a homebrewer and b) I was a little distracted, the experience was a great one. 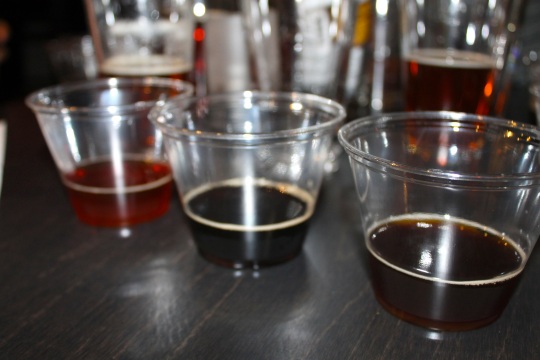 I think that the Oud Floris was my favorite of the bunch, tasting complex, tart, but a little smoother than the Dihos. Turns out it is a blend of 4 different beers (67% aged in Cab Sauv Barrels, 17% aged in Bourbon Barrels, 8% aged in Rum Barrels, and 8% aged in Chardonnay Barrels).

It was definitely the Chad.

His offerings, to me, received mixed reviews. I felt like the Wild Wild Brett Blue (WWBB) was dark and hoppy but almost a little too oat-y…. like cereal. He mentioned that oats and blueberries go together naturally, but it was a little chewy tasting for me.

Batch One (or Wild Wild Brett Rouge), on the other hand, was a delicious adventure for my tongue. Bright, sharp, and intense, the raspberry flavor was like a sassy slap to my tastebuds.

The final section of the class probably would’ve been better off going first. Troy from AC Golden, while knowledgeable and entertaining, offered beers much weaker in flavor and depth than the previous two fellows, and I think he maybe lost the crowd a little bit on that account. I know he lost me. So I had Melissa take a snapshot of my beer school experience.

Getting tipsy in class = win in my book

That’s Troy in the back, flailing around explaining how gross old apricots are…. Yeah, I basically mentally checked out.

Maybe that’s because, in a few short minutes, I was headed to my first ever GABF!

(or maybe I was just staring at Andy.)

Either way, great class, incredible prelude to the festival.  I guess I’ll have to share that one next….