Once upon a time, in June of 2014 (which practically feels like an eternity ago and WILL I EVER BE ABLE TO FEEL MY FINGERS AGAIN?!), a new man entered my life. Only instead of really being a man, he was just a baby. And actually…. he was a puppy. His name was Cornwallis (though he immediately became Wally) and it was pretty much love at first sight. 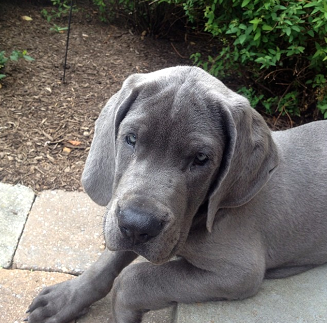 He’s not even a year old yet. But, since it’s National Puppy Day (sure, that’s a thing!) and I love him even though we recently discovered I’m allergic to his saliva (lucky me, he is the drooliest dude in the kingdom), I figured…. why not?

He puts the Dane in Dainty (you just have to sound it out)…. Wally Dog, Beast of the East.

Just for scale, this is the first picture we have of our little baby. 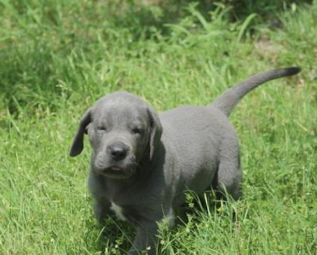 I know. I really do.

And now… some recent snapshots.

Sometimes he’s sleepy. Must be all the growing. 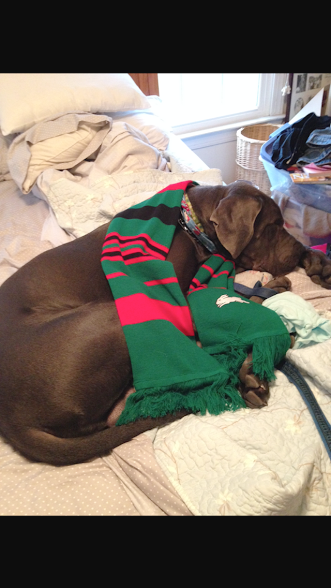 Supporting his favorite rugby team, the Rabbitohs. That is a queen sized bed.

Sometimes, he is a gentleman. 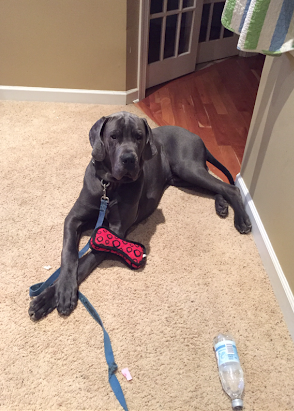 Please, have a seat in my office. Would you like a water bottle to chew on?

He is never a scholar, because he is actually quite a fool. 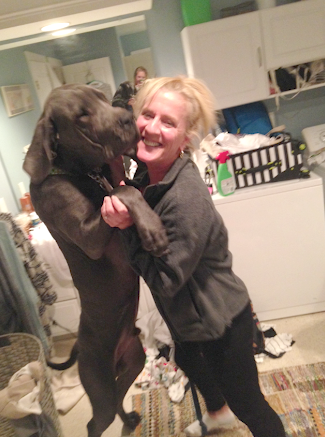 Dwarfed by the dog

But, no matter how big he gets (last measurements, he’s taller than she (easily) and weighs about 145 lbs), he will always be our little puppy brother. 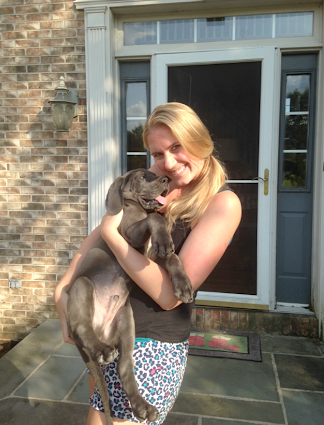 Happy National Puppy Day to all you dog lovers out there, and thank you for tolerating my excuse for gratuitous Great Dane pics.