It’s Sunday and, though I spent last night relaxing, my neck and booty are incredibly sore.  More on that in a moment.

This weekend was particularly special because my beau, Ryan, decided to semi-surprise me by visiting!!  It was such a treat to have him back in our little nest and we managed to have a stellar weekend so far.  The major points of this weekend that will be featured in the Six Pack Sunday for the week? Laughter, lager, and luchadoras. 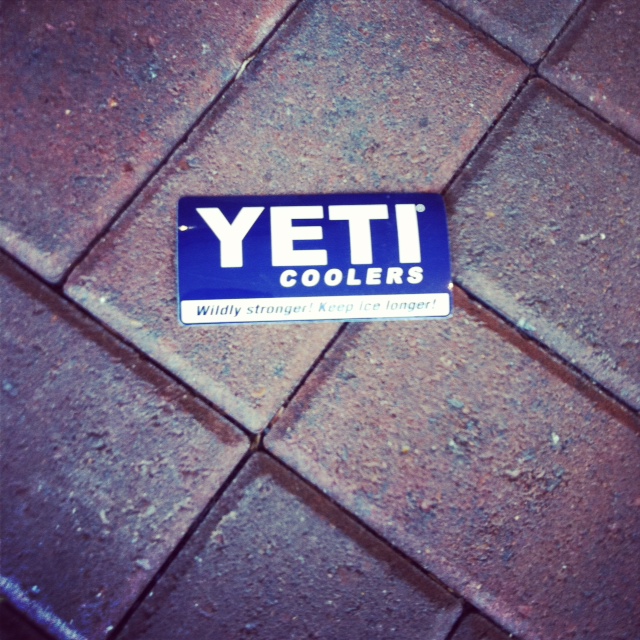 Gotta keep that yeti from spoiling

We spotted this little gem outside of the local grocery store. And I couldn’t help but snap a shot, probably because of the mental picture that I got after seeing it. Imagine a young hunter killing her first Yeti. She wanted to bring it home, and was nervous it would spoil before she could tote it back for Thanksgiving dinner with the family.

Thank goodness she picked up the specialized Yeti Cooler: Now, with more space for chunks of yeti than EVER BEFORE.

Hilarious to me. Ryan was less amused. 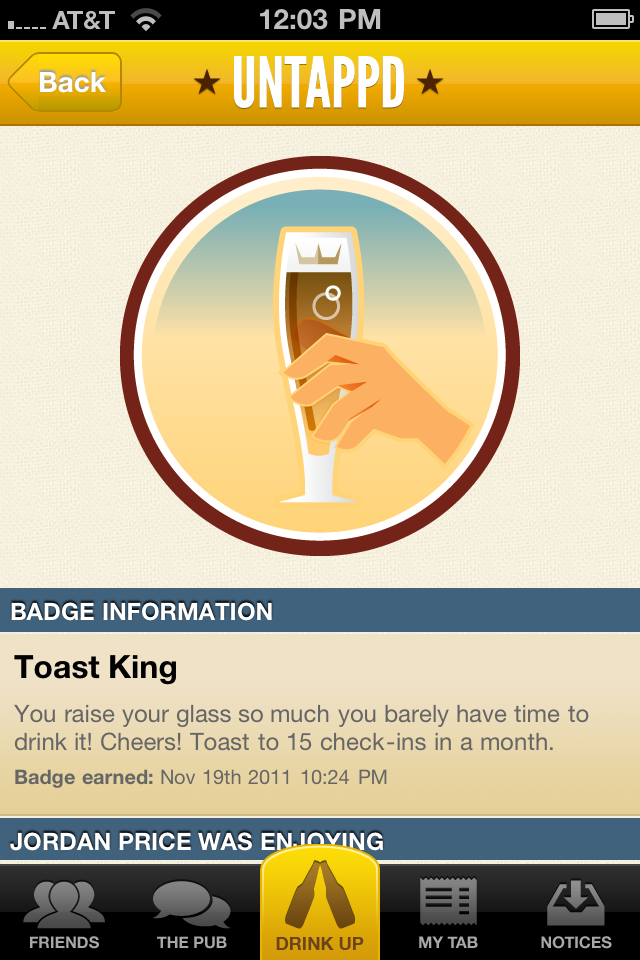 Cheers to the freaking weekend?

I’m a pretty generous lady with my toasts, apparently, as identified by my newest badge on Untappd  (friend me!) I have to wonder, though, if there’s any way that Untappd could make gender specific badges. It’d probably be a little extra work on the front end, but I’ll admit, I wish that I was badged the “Toast Queen” badge instead of the Toast King.

Just saying, Untappd, as noted by all those Girls’ Pint Out chapters popping up, ladies are drinking (and toasting) a lot, too!! Show us some love? 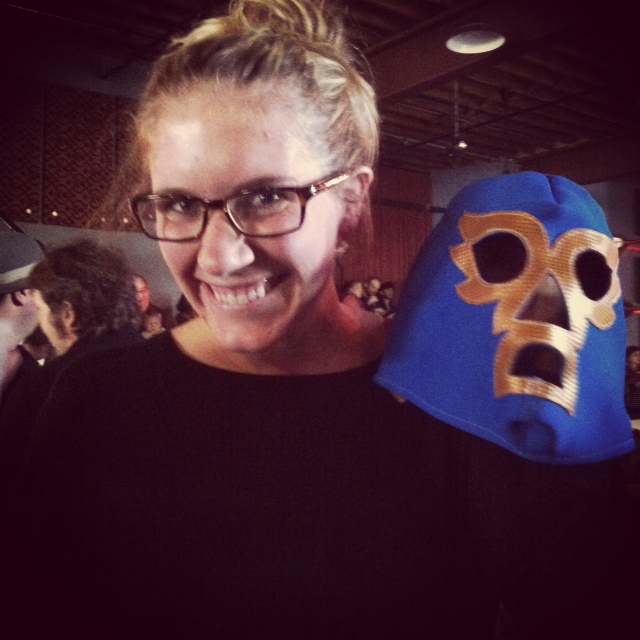 Hard Earned Mask? Get on my level.

I’ll save most of the gory details from this event for another post…. but I fought 3 women in a ring to earn my own luchadoras mask. And I haven’t ever been so sore from a 2 minute event in my life. Even though none of the other women were more than 5’6″ (I’m estimating), they fought like little ankle-biters. It was a rough battle, but Jordan came out on top.

I also may have mooned the entire crowd.

Note to self: Low-rise jeans are NOT the best attire for a wrestling match. 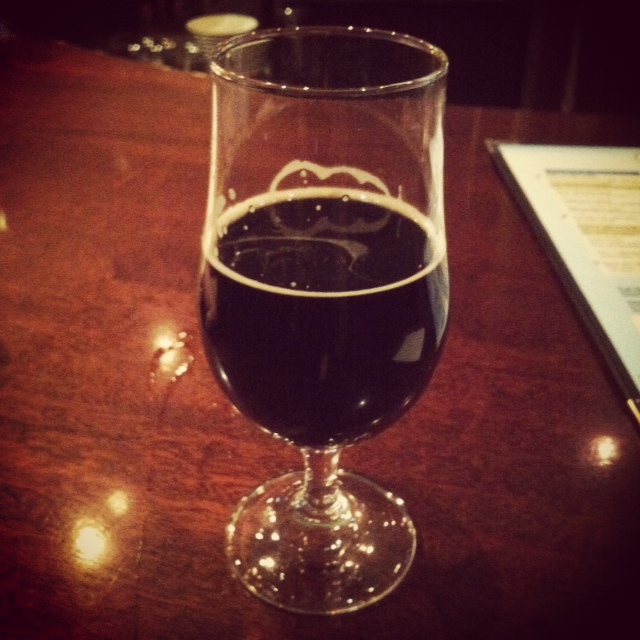 Rockfish’s Rare Beer Fridays are managing to make me a twice-a-week regular at the bar.  And this week’s tapping was Sam Adams’ Chocolate Cherry Bock!  I’ve never actually even tried their Chocolate Bock  before, but this beer (as my friend, Michael pointed out) tasted just like a chocolate covered cherry. And, while that may not be up some beer drinkers’ alleys, it was like a decadent dessert for me.  Loved it, though I probably couldn’t drink many more than the one!! 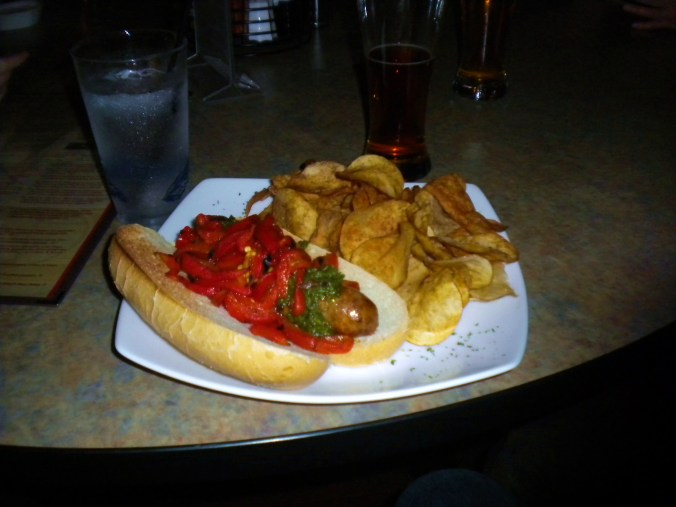 If you live in the Triangle area, GET TO DRAFT! Located in Raleigh, this spot is known for it’s burgers and beers. But I went for cheers and chorizo.  This dog was only $6, and was made of chorizo with chimichurri & grilled peppers.  Also, on Wednesday, their giant pilsner glasses are only $5!  Since I live pretty far away, I only enjoyed the one beer and the dog, but it was a delight on my palate! 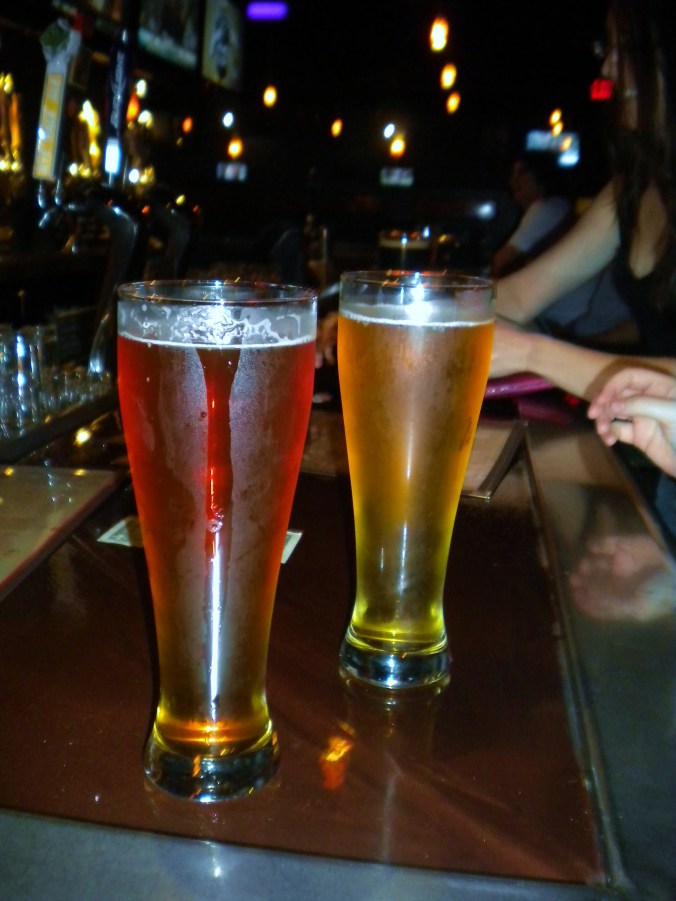 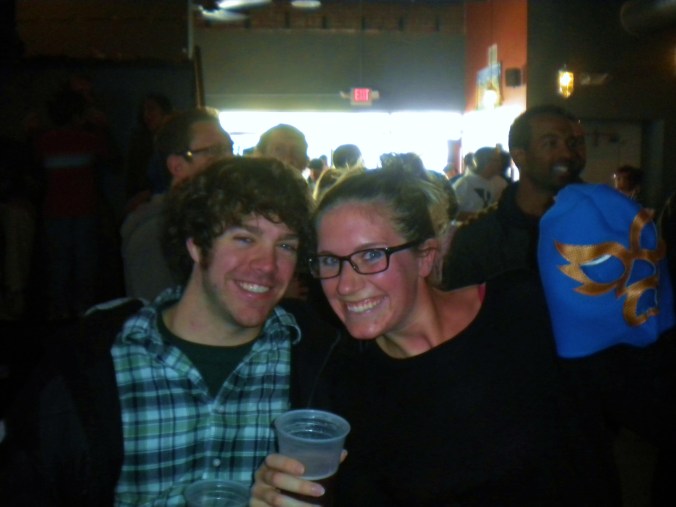 Did I mention that Ryan offered to be my trainer for all future wrestling matches?

Nothing says love quite like a grapple rope shoulder slam combo.