We’re coming to the end of an era, folks.  By we, I mean the royal we, as in only I am. But you probably know what I’m saying.

I’ve got 2ish days left until my Costa Rica trip.

5 days left in the office.

12 days left until an epic Florida vacation with Ryan’s family.

And 18ish days left until I make my move (the first part, at least) to the shore for the month of July.

Until then, I’m going to take the advice of my friends over at New Belgium Brewery and Enjoy the Ride.  So that’s what this week’s Six Pack Sunday is all about!

(PS read through all six for a HUGE surprise at the end! Unless you follow me on Twitter, then it’s less surprising.)

So yeah, that Costa Rica trip? Here’s the forecast: 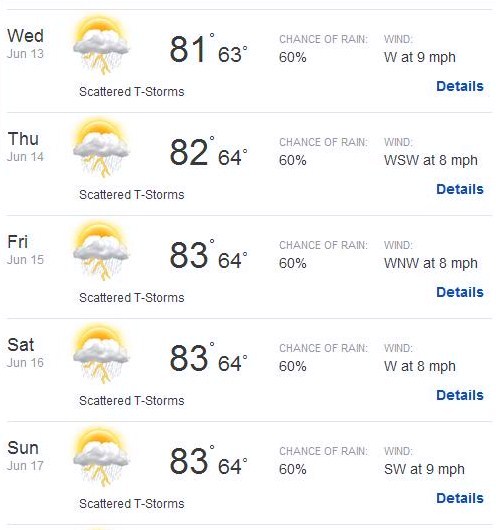 I’ll be honest, though. It could rain every second of the trip and I’m sure I’ll have a blast. I’ll be with my best friend, going on all sorts of adventures.

That being said, cross your fingers, your toes, your legs, your hair (maybe braid it?) that it clears up.  Because we ladies like to get some sunshine now and then. 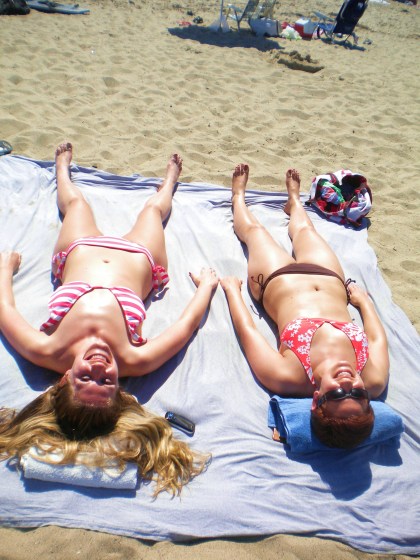 I had to say farewell to my favorite Zumba instructor of all time (guess what color she was!), Aaron, this Tuesday. It was her last Tuesday class, and my last week at the gym. Though there’s a slim possibility I may take one last class with her, it still felt like goodbye.

I enjoyed every class I’ve ever taken with her, and wherever she teaches next is getting on hell of a instructor!  Instead of dwelling on the sadness, we rocked out an excellent booty shaking class. Obviously, this sweaty picture was snapped after class. 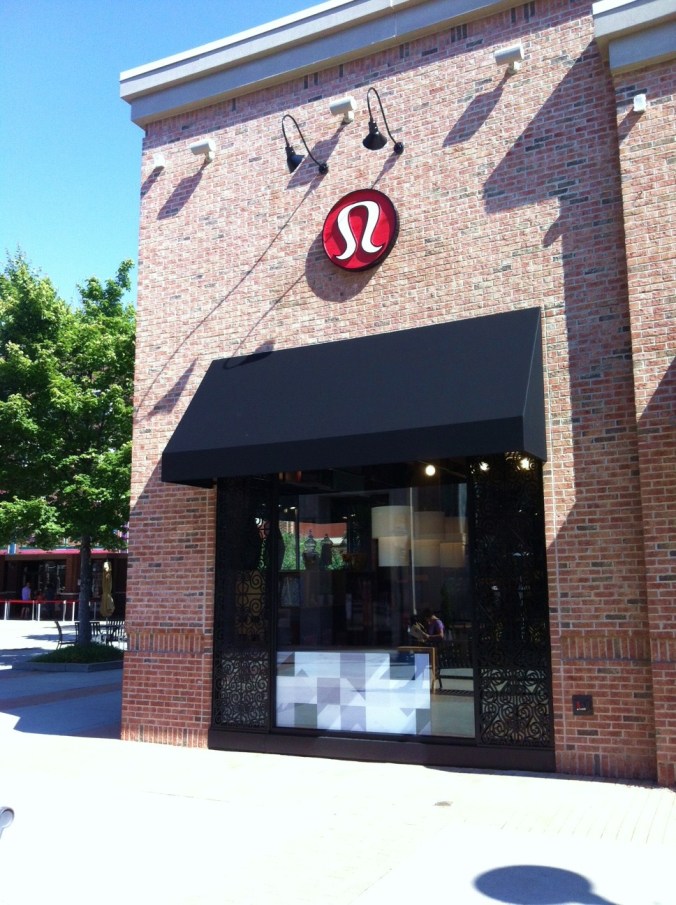 So lululemon has a new location.  AND it’s virtually in my backyard.  The Durham lululemon just opened up on Friday.  And I may have visited two times already.  I’ve been working very hard the past few weeks on the Healthiest You Challenge, so instead of freaking about the cost, I decided to reward myself with some goodies.

The second time, I walked out with a brand new pair of reversible groove shorts and scoop neck tank (in a pattern not shown on the website. It’s rather adorable, so I’m sure I’ll show it off soon.)

I played Spades for the first time last night. And my first hand may have been the worst hand known to mankind.

Luckily, the my partner and I rallied and this newb totally WON her first game ever! It got a little intense, but I managed to let the competitive monster that lives inside of me take the night off in favor of just having fun.  And it paid off.  I liked it. More mellow (but I still won.)

What happens when a bunch of St. Anthony Hall members live in the Triangle?

We inevitably find the frattiest place in Chapel Hill and invade it en masse.

I literally almost bumped into some of my brothers at the Carolina Inn’s Fridays on the Front Porch, and even though they all hail from Ole Miss, they found their way to our little Southern Part of Heaven.  I love Chapel Hill.

Wait. Let me fix that.

I won THIS BIKE:

Oh yes, you will be mine.

New Belgium’s Enjoy the Ride campaign encouraged their followers to tweet a story that embodied the “Enjoy the Ride” slogan.  And so I did just that.

foodsweatnbeers: It was the end of the boardwalk, but the beginning of ride. Sisters, sweat, sand, and sun. #EnjoyTheRide @newbelgiumhttp://pic.twitter.com/vMo81Nvx

That’s a shot from me at last year’s Tour de Fat in Durham. And as a lover of New Belgium AND bikes, I couldn’t be more excited!! Stay tuned for tales of me cruising the shore on the flyest bike in the world.

Because this bike definitely takes the cake for me.