Whoah, jam.  Sometimes, everything in life seems to hit you at once.

Between volleyball, beer events, exercise, work, personal care, meals, and sleep, my plate feels pretty full at the moment.  I wouldn’t go so far as to say that it’s overflowing, but I think I see a bit peeking over the edge of that plate.

I loved hearing what you all had to think about the Dr. Pepper Ten advertising campaign. While I still haven’t tried it, Serious Eats: Serious Drinks reviewed the three Doctors together, and Dr. Pepper Ten apparently tastes more like Dr. Pepper.  So, my personal jury is still out, at least until I try it, but I still don’t feel too fond of the campaign.  Oh well.

In other news, here’s what you’ve missed in my life (or, conversely, what I missed blogging about).

Girls' Pint Out repping it so hard!

NCGPO  rocked a table at the Casks for a Cure event hosted by Rockfish, and the event raised $2400 for Susan G. Komen for the Cure!! 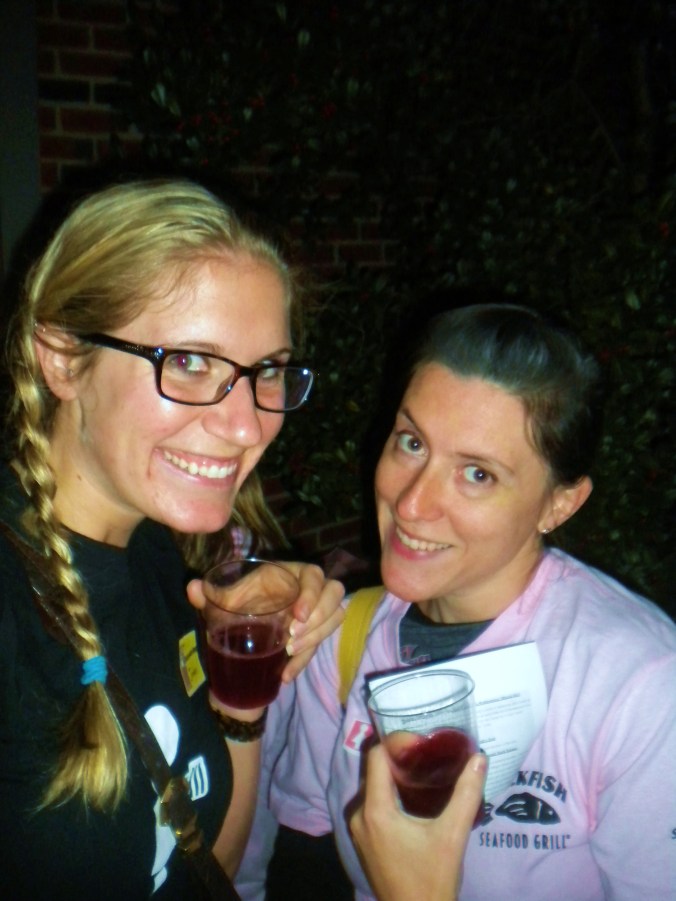 HUGE crowd chomping at the bit for some Cask Beer!

My friends over at NC Brewing did a great job of covering this event, so I won’t bore you with my recap, but it was a blast to spend time with my favorite beer friends, drink new (to me) beers, andddd win some goodies. 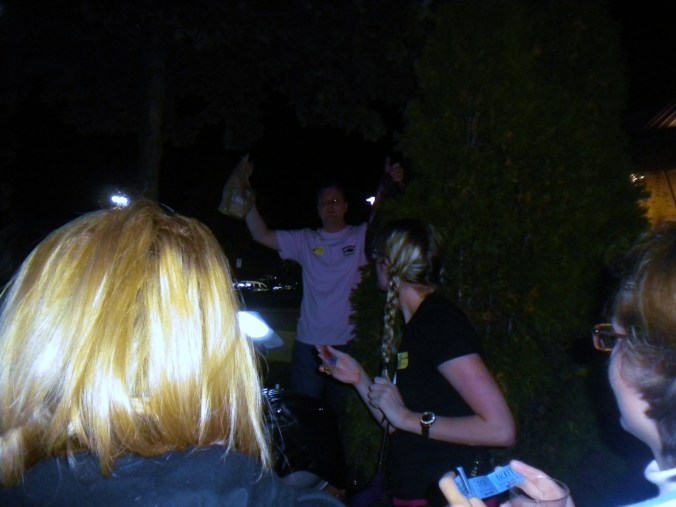 Not too shabby, eh?  The perks of buying raffle tickets…

In other news, No Pants Wednesday has, at least temporarily, been replaced with Giant Warm Pants Wednesday.  Adjust your calendars accordingly, it’s chilly out there!

I’ve also been eating a steady stream of spaghetti squash without getting sick of it one bit.  I’ve been adding different mix-ins including, but not limited to: cauliflower, broccoli, steamed carrots, pizza sauce, cheese, red pepper, oregano, spinach, pepperoni.

Variety is the spice of squash.

As far as what else I’ve been up to…. well, it mostly centers around Halloween prep.

Remember when I was brainstorming not too long ago?

I think I settled on something.

Any guesses? I’ll give you a hint, this is the easiest game ever.

What are you being for Halloween?

Since it seems to be THE weekend to celebrate, are you going out once, twice, thrice?

I have the costume I’m making, as well as a backup, just in case.

You never know when you gotta throw on a full Santa suit.

Oh whew, made it to the end of Monday.  As I write this, I’m kicking back with my main man, Jason Segel, and the rest of the cast of How I Met Your Mother (one of my favorite Fall tv shows, it’s totally living up to my expectations). Also on Mondays: Gossip Girl, Cake Boss, Hart of Dixie, oi vay.

After I left work, and a weekend of overindulgence, I realized that I needed a little bit of a kick in the pants. See, despite my pipe dreams of Shredding for the Wedding (of my cousin in two weekends!!) and a fairly successful first part of the Jillian Michael’s 30 Day Shred, I soon realized that the reason I was able to lose over 40 lbs when I initially started going to the gym was just that: I was going to the gym.

All of those things, while wonderful, are a not exactly conducive to me sticking with my self-imposed discipline.
Also, while I felt like a PRO at the old Weight Watchers, this new Weight Watchers Plus is confusing and different (well, maybe not, but I’m feeling a little more mentally taxed than usual) and not what I’m good at.  When I stepped on the scale, which was showing a notably higher number than the last time I’d looked at it (weeks ago). Honestly, I just needed to get back to my roots
Those roots included 33 minutes on the cross trainer elliptical (which is like a hybrid of elliptical, stair stepper, and arc trainer) and about 30 minutes on the Precor elliptical.

There's that sweat I know and love

There’s something about getting in a gym, the energy is contagious. I felt like I could go forever but, by the time I had burned an alleged 750 calories, I sweatily drove over to the grocery store to pick up some essentials.

First on my list (since it’s on special at Harris Teeter this week for $0.99/lb!): Spaghetti Squash.

I also grabbed some spinach, mozzarella cheese, apples, cottage cheese (WHAT?! more on that soon, once I try it!), and so many steamed vegetables you could throw a stick at them (please, don’t).

By the time I got home, I was much too tired to even contemplate a full 30-45 minute roasting of the squash, but it’s all I wanted.  Enter: Sarah from Sarah Snacks!

Her microwaving spaghetti squash method worked a charm! I cut it across, not lengthwise as usual, and it cooked completely in 10 minutes!!

Check out those long strands!!

Once it was cooled off, I scooped half into a tupperware for a Tuesday lunch, and tended to the other half in a big ol’ bowl.

I added some DELECTABLE Boar’s Head pepperoni, crushed red peppers, mozzarella cheese, sauteed spinach and several leaves from the remnants of my basil plant (which got hit pretty hard during last week’s storm). 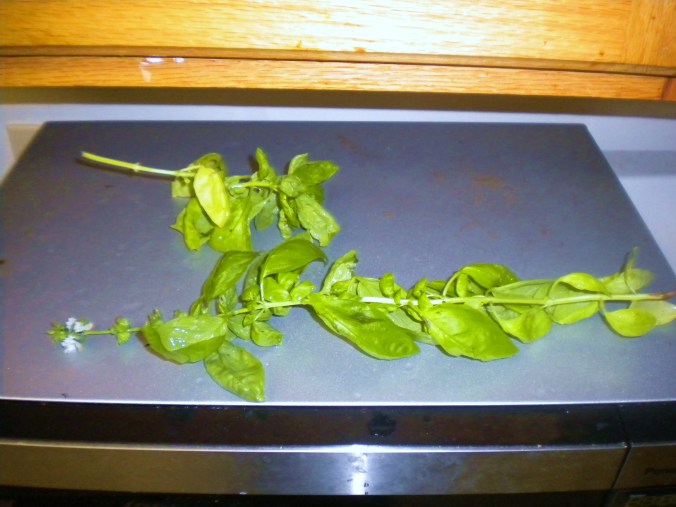 I’m so so elated that spaghetti squash is in season again!!

This one time, I lived in Italy for a month, and I think I burned out on pasta so much that spaghetti squash is the first “pasta” like replacement that I love like I used to love the carby noodles!

In the not-too-distant future, I’m hoping to try out the Mexi Spaghetti Squash in the style of Shanna. Always down to diversify my dinner items.

Do you like spaghetti squash? What’s your favorite way of cooking/eating it?