Long ago (March 2010, to be more specific), I started Weight Watchers with the help of my mom, aunts, and cousins. I’m the only one of us that really stuck to it, long term (I know that they gradually dropped off the plan one by one), with busy things like children, jobs, running households, etc. I was lucky enough to have a fairly empty plate, though (not literally!) which allowed me plenty of time to focus on meal planning and the like.  It was a fantastic method, for me.  However, after about 6 months, with a weight loss of about 40 lbs, I was working out 3-5 times a week and was much more active in my life. Ryan and I were living together, I started playing volleyball, I met new friends, and started getting interested in craft beer.  The idea of tracking my points was getting a little boring, and there were too many things I wanted to try without adding up points and doing math all the time. Plus, tracking all the craft beers I was drinking was getting a little shameful.

Well, new year, new you, all that jazz. Only it took me a week or two of the new year to really kick into high gear.  After a busy first weekend with all sorts of St. Anthony Hall fun times followed by a crippling sickness (ok, I’m being a baby, it was just a nasty flu), Martin Luther King Day was the start of my new year.  And, since I fare better with a plan, I had a handy tool to help me out. 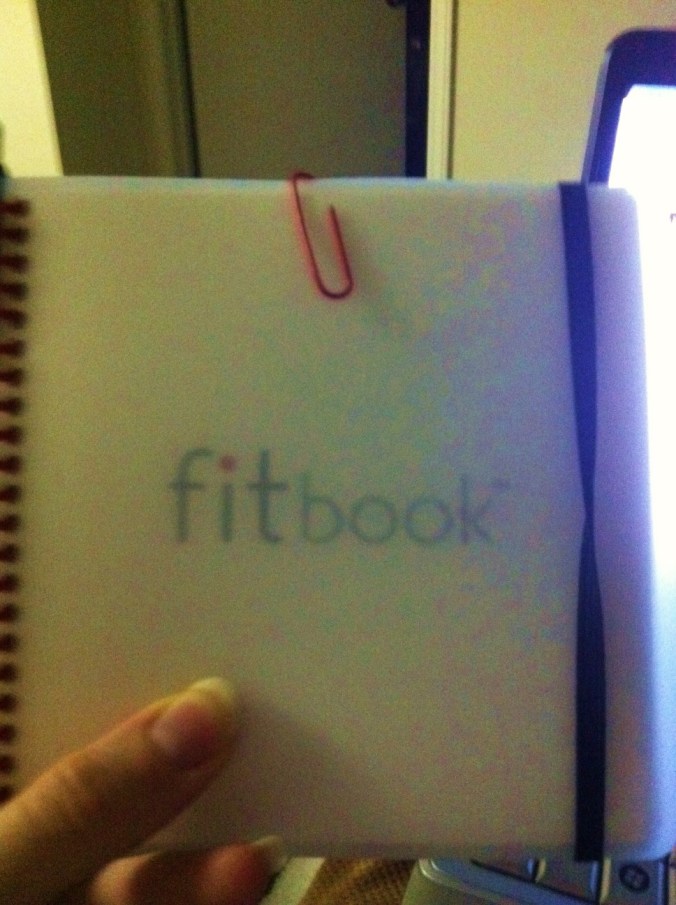 My fitbook was sent to me after participating in a little Twitter chat, and it’s been waiting for me to open it up for quite some time, now. When I opened it, there was a WEALTH of information to fill out including weekly goals, daily logs, and spots for inspiration! 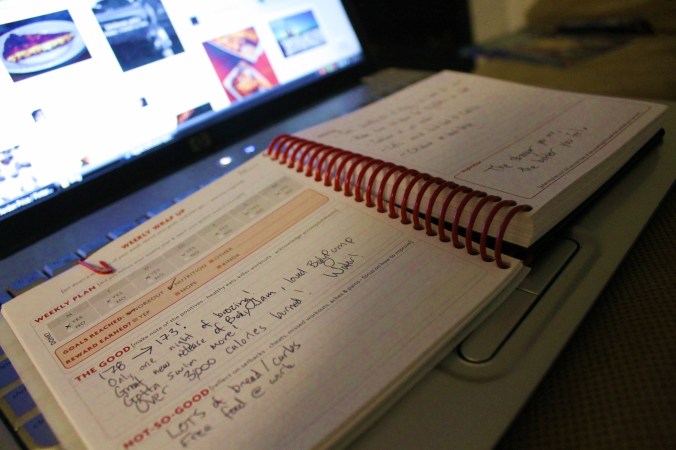 The fitbook has room for 12 weeks of recording and normally costs $22.95, with a 4 pack going for $79.95.  The focus is both on nutrition AND fitness, which I like (instead of just tracking my food). There’s not a specific focus on calories, but a more general attitude relative to food (and SMILEY FACES!)

The left side is for fitness.

Shakey arms are the sign of a good workout, right?

I think this section would probably make more sense if most of my workouts weren’t group fitness classes, but would be great to record weight-lifting sessions.  It’s nice to have somewhere to record my fitness workouts other than just on Garmin Connect, though. 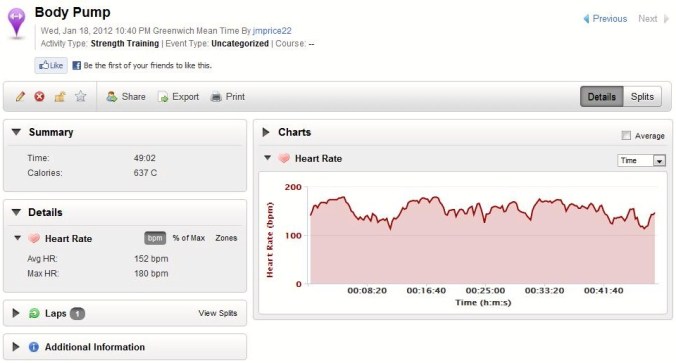 Can't really tote this JPEG along with me

Anyway, I think I just needed a handy, portable way to track my eating and exercise in one location. And, since I can basically palm the fitbook, it works out perfectly.

And, don’t worry, calories or not, there’ll always be room for craft beer…

9 thoughts on “Getting Fit with a fitbook”